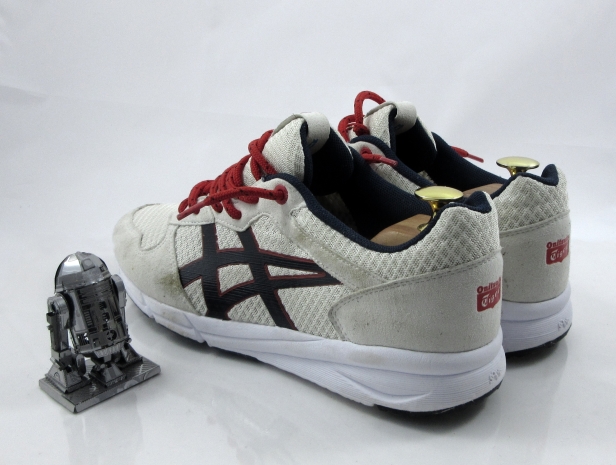 Another mystery to me.

It is basically a lighter Gel Saga or Gel Lyte 5 in about the same shape,
why isn’t it as popular?

Maybe because it is no “real” retro,
just a new shoe, made to look like an old one.

I heard people say they don’t like the midsole,
especially the front.

Since ‘Onitsuka Tiger’ is the old name of Asics,
they were definetly made to be like old shoes. 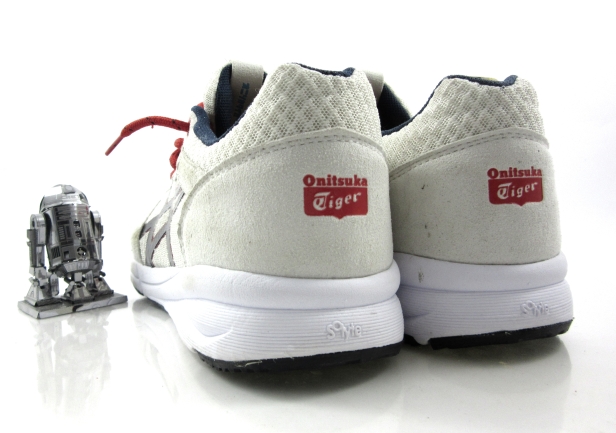 Before I sold them I had three pairs,
and I like them definetly more than the ever popular Gel Lyte III.

They should bring that one less often
and these in more colorways.

I added round, red laces,
I think they work with the red lacehole and details.

If you think about it:
They were only available in about maybe three or four colorways in mesh,
if you wanted others, you had to go with leather toeboxes and sides.

The only thing could’ve been made better is the white part.
It is sort of “old white”, a bit yellowed maybe.
I think pure white would’ve looked much better.

Buying advice:
It is a slept-on gem by Asics.
Get it of YOU like it and don’t care about others.
Don’t get it if you need some hype.