The Patch-pack was resellers’ darling, with about 5 sold pairs,
I think at least 3 were bought to go on sale again for ridiculous prices.

They were restocked many times, especially the Air Max 90 & 95 of the pack.
So they were available for long after the release.

It was a NikeLab release, including the white box and an overall premium feel.
I have heard people wondering when the first of the patches
would be gone missing because of loss.
I just laugh at those people and tell them to ask soldiers
how many of their patches (which these were inspired by) have gone missing. 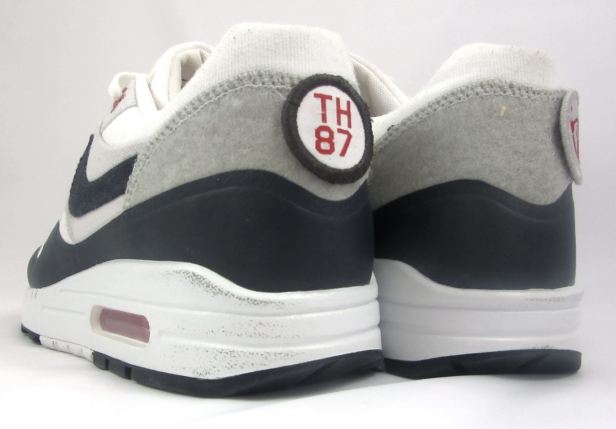 It is a shame that they didn’t have as many patches as the first batch.
The first had like 16, these have only 8.

They are shaped better than the regular Air Max 87,
maybe because they have a sort of fused mudguard.
But the rest of the upper is made of heavy canvas
so it may have the best of both worlds.

With the blue laces, they really look similar to the “ShimaShima” release.

Buying advice:
It may be the best Air Max 1 released recently.
Why?
You get a nicer shape, breathability
and compared to the older models it is not disintegrating.
Get it if you want a newer Air Max and still like the old shape.
Don’t get it if you think like ‘old or nothing’.