These are some rules to identify fakes:

(Please note that this is only a guideline, many more points exist.
And fakers aren’t dumb, they evolve their game too.)

Don’t go through the net dumb, but open-minded.
If it looks suspicious, it likely is…

That is a typical fake-site layout,
where all Jordan-models are listed:

An easy way to test the legitimacy of sites is pick a known rare pair
(in this case the Yeezy 2), if they have all sizes under retail,
something is wrong… 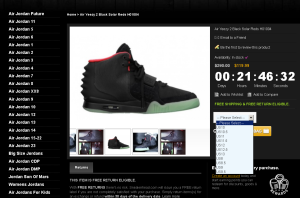 The easiest way is spotting colorways that don’t exist and were invented by the fakers:

Nike has produced the “Independence Day”s in the colors of the flag:
red, white and blue
If someone has/offers you another color with a flag, they are fake.

Most collabo models of popular franchises are fake,
like this Spongebob-Jordan:

Fake-sites often mix up the strangest combinations of soles/uppers,
this one should be without comment: 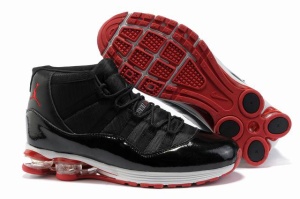 With the Jordan XI fakes the tongue tag is often between the 4th lacing hole,
it should be between the 3rd.
(Especially this model has so many points, I could write a post only about the XI.)

Many shops or sites on Facebook now use pics of real shoes,
but once you order, you get fakes!
So be careful.

As a last word:
“Say no to fakes” is no dogmatic phrase,
I’d rather get a different legit model than a fake.

With legit pairs I could’ve gone to the store to complain,
there’s no such option for fakes.
Fakes are made cheaply to one purpose:
To look like the original.

No mentioning of quality, etc.

I guess to get fakes is everyone’s decision.

I can only say:

If you decide to get a fake, inform yourself first.
There are such things as ‘good fakes’, at least get those.

But people who know will propably laugh at you.

But closely thought about it:

Most fake-stores don’t have Paypal or a safe way of returns,
and at least german customs is quite eager to catch fakes.

End of story:
The fake is being destroyed, and you get nothing for your money…
To get your money back is not too easy,

so just let it be.

There are some sizes that don’t exist in original Nikes.

A good way to get to fake sites is to search the cheapest Nikes or whatever on Google.
So rather stay with your usual known sellers and don’t try to save too much.

The grandmaster himself got tricked.

The short sock (ending under the strap?) should have made me suspicous,
but they looked good, overall.
So I checked the number. 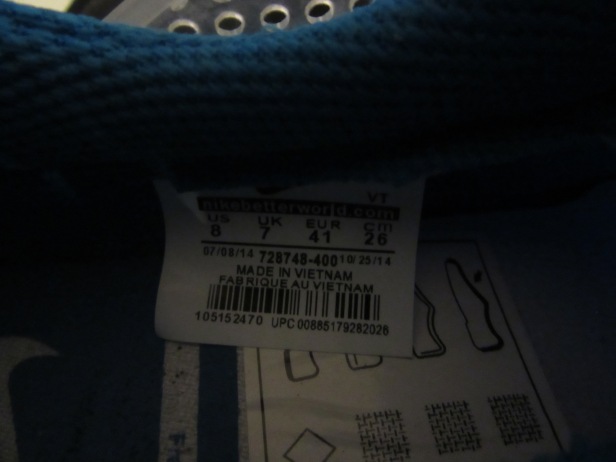 Paypal lets you file a complaint for 180 days.

That sounds nice but that time is not for spotting fakes,
the period for that is about 40 days.
Even if you have fakes and can prove that they are fakes,
Paypal will decide for the seller
as they assume the article is now used
and not in the condition it was when bought.

So if you may have bought fakes, immediately complain or miss out.