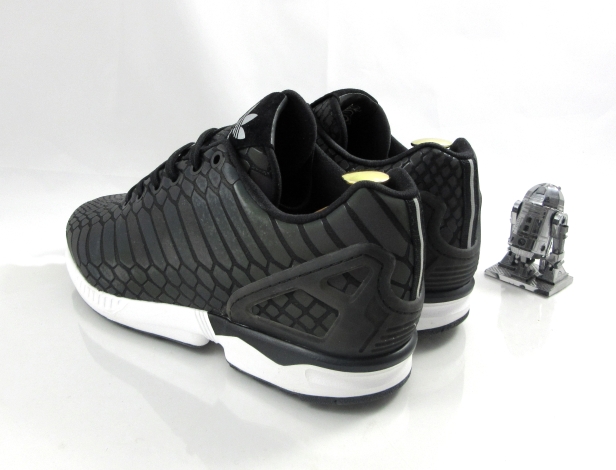 Got them quite easy, compared to Nike-Releases. They are sold out now, but getting them was easy, I even had time to fill in my address. No cartjacking. 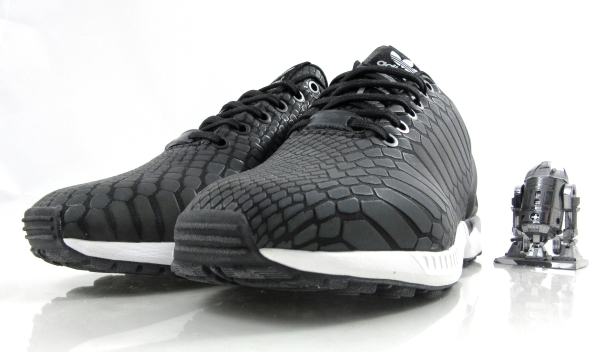 That brings me to another thought:
Why are Nike/Jordan or any “limited” releases such a hassle?
I got the SNS Guidance (Beer), the Size? Guidance, Solebox Guidance (even two pairs) and these easy as well. Maybe because the resellers smell the money on Nike/ Jordan?
It really pisses me off and in return I’m not so after Nike/ Jordan or any limited releases.
If I get them, good, but if not, I’ll survive. And if I do, I give them away cheap to annoy the resellers.
I am too old to lust after limited releases anyway, I rather have something called ‘taste’. Let the kids play… 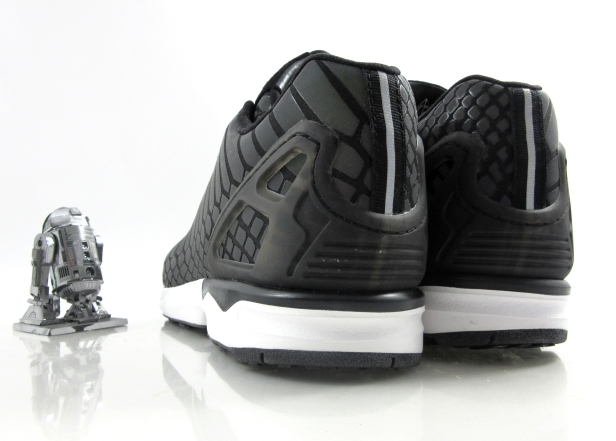 As all Flux, the shape is quite easy going on them. Well done. I like the whole Xeno-thing. Reflective isn’t new to shoes but it was rarely marketed as good.
It may be not as breathable as other materials but the reflective look is nice. 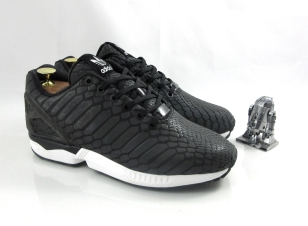 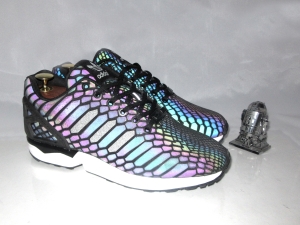 A nice touch is the soft cell unit in the heel which is made to look like a snakeeye.

The box is in the same snakeskin-look as the shoe and the stripes have the same reflective look. And even the packaging paper is snakeskin printed.

So, in a sentence:
They are a nice alternative to the ‘hot’ releases. It is still not common but a nice addition to your collection anyway.
Some new hypebeasts may not give you your respect for them but who cares? 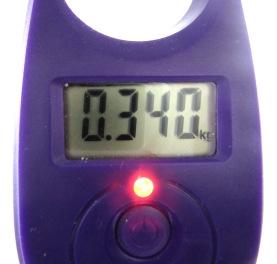 Buying advice:
It is one of the rarest and special Flux.
The Flux may be a new model inspired by older ones
but if you give it a chance you won’t be disappointed.
Get it if you like the Flux and want something special.
Don’t get it if it is not a ‘real’ ZX for you.